Look out! The next major update is headed your way: patch 97 brings the upgrade to 64 bits that will massively improve the stability of the game client!

In addition to that, there’s a host of new content and items for you to discover. This includes a brand-new raid dungeon for 20 players, scrolls for changing equipment options, and the Rift’s Edge and an improved RK-9 Kennel will be opening their doors again. Please note that some of the names in these patch notes may differ from those in the final release.

Let’s start with the most important news: with the switch to a 64-bit game client, the system requirements will change.

Warning: As we already stated a few weeks ago, TERA will no longer support 32-bit systems from this point forward. Players with older, 32-bit versions of Windows will therefore no longer be able to launch TERA.
Here’s how to check your version of Windows:

The system requirements change as follows with patch 97:

64-bit Improvements at a Glance
The improvements below are the advantages of the new client highlighted by the developers:

Overall, you will see a more powerful game client after this patch, which is able to use your PC’s hardware more efficiently, offering you a better gaming experience.

The Rift’s Edge is opening its doors for the duration of patch 97 and will be closed again with patch 98 (end of August/beginning of September).

To give all new players the opportunity to learn the mechanics of difficult dungeons, Akalath Quarantine and Gossamer Vault (Hard) are being added as new training dungeons!

Equipment is always available with a different number and different types of options – and now there is the possibility to change the options of the armor you love. Here you’ll find out all the details about the new items this is possible with. From patch 97 onward, you will be able to obtain them in various ways – for example, in the Commander’s Residence. 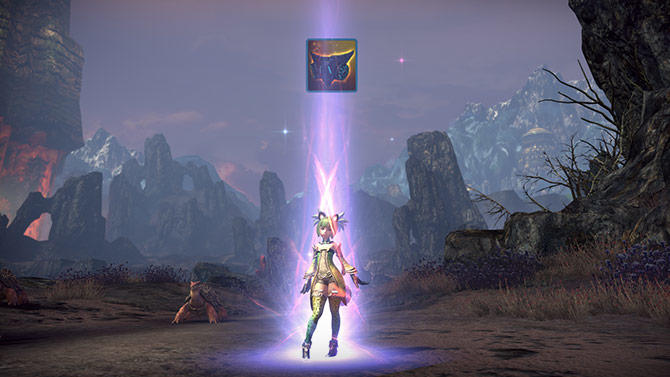 There is a different scroll for each equipment group (equipment, accessories).
When used, the following may happen:

The dimension merchant is now two times more likely to appear than before after completing an instance. He also has some new goods in stock. As before, the items he has to offer change each time.
His goods now include the following:

The look in dungeons has been changed so that coupons can now be obtained instead of Halidoms and Relics:

Many improvements have been made to the interface. These include several long-awaited features! 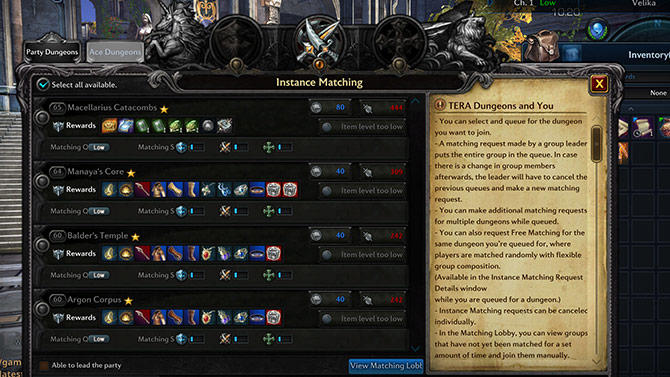 The status of the group matching per instance and class type is now displayed. In future this will make it easier for you to see if tanks, healers, or damage dealers are needed in an instance, and which dungeon is currently in high demand.
You can also add additional instances as targets while you are already searching for a group, without having to restart the search.
A waiting room has also been added:

Similar to with instance matching, an indicator is also displayed for the battlegrounds to show the status of the respective classes and battlegrounds.
** You can now search for multiple battlegrounds at the same time!** As with dungeons, you can also add or remove additional battlegrounds as targets while you are already searching for a group, without having to restart the search.

There is now a minimum amount of stamina required to start an adventure with your partner.