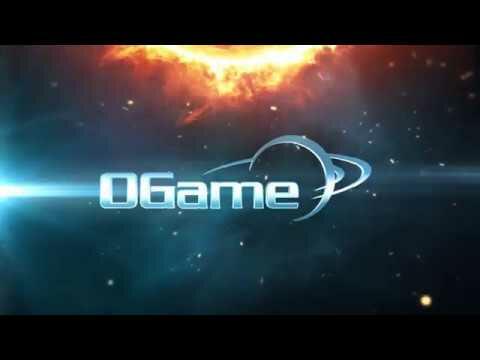 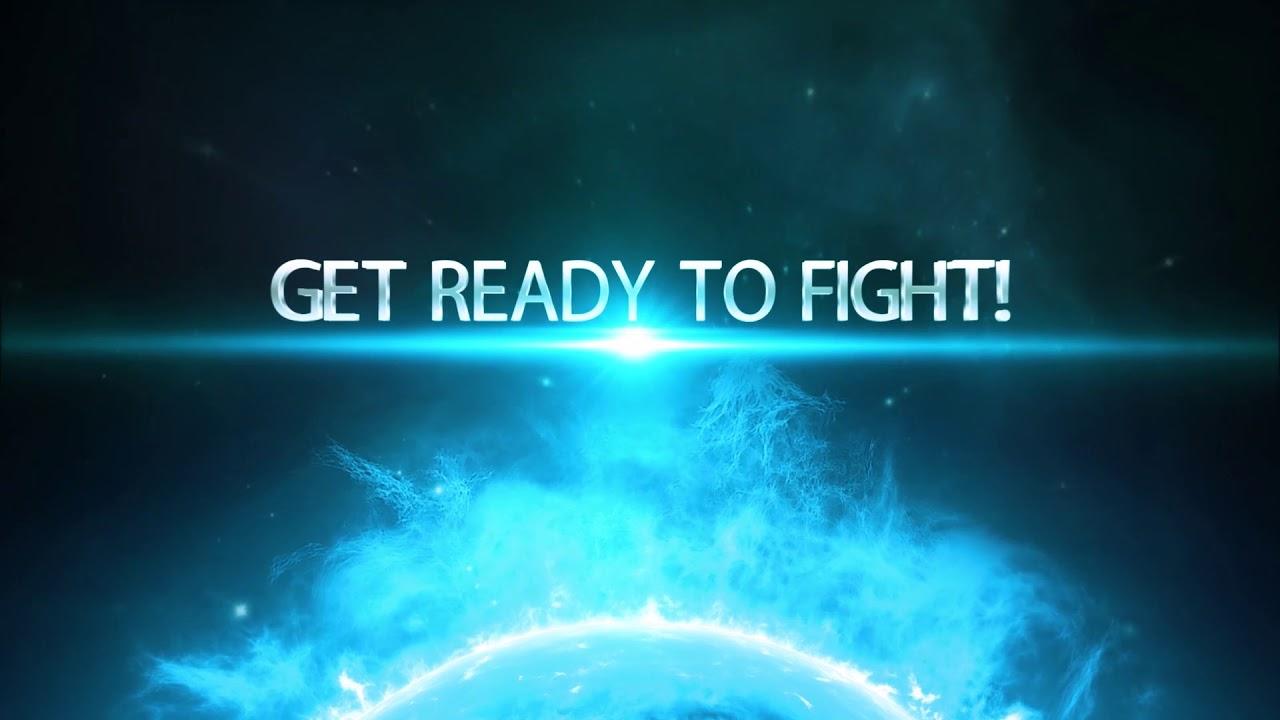 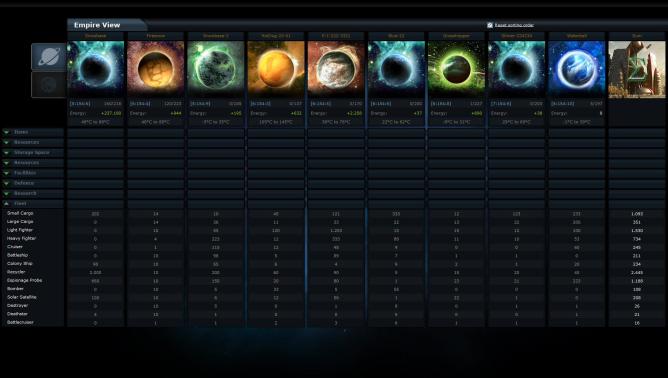 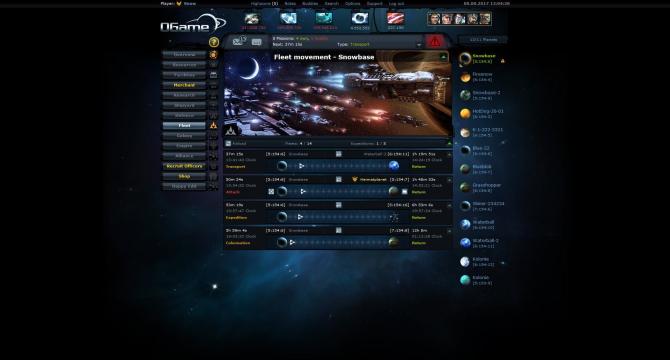 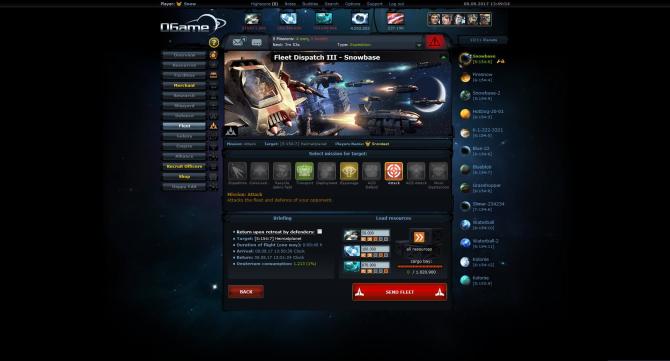 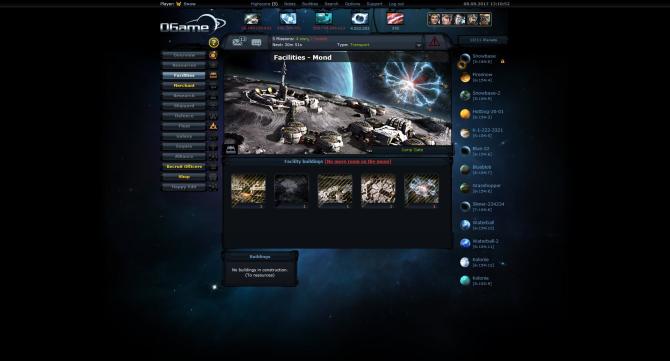 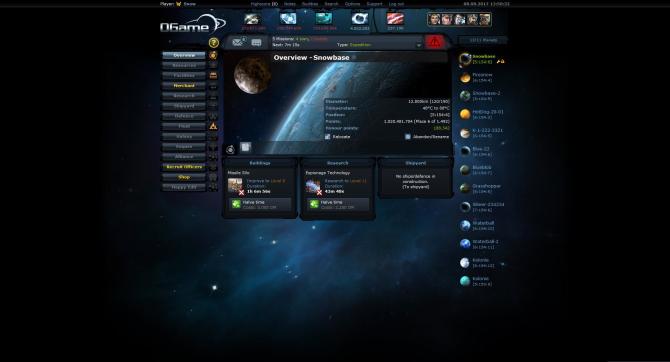 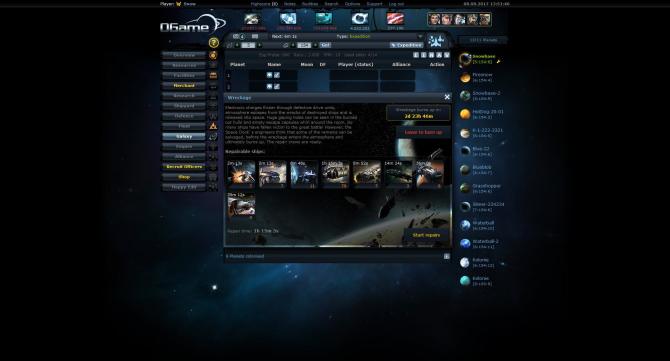 Fight for control of the universe in the classic space strategy sim OGame. Conquer new planets, research futuristic technologies, forge alliances and compete against thousands of other rulers in epic space battles. 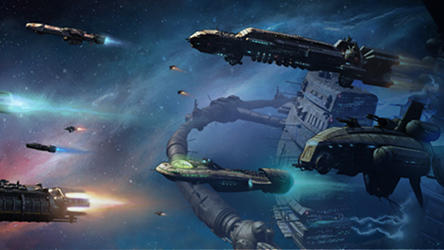 OGame is the timeless space strategy classic – compete against thousands of other players for supreme control of the universe!

Countless dangers and challenges lurk in the infinite depths of space – but so do unbelievable treasures and boundless power.

Everything starts with the foundation of a small colony on an uninhabited planet. Harnessing the resources of your new home together with your own tactical genius, you research new technologies and construct a powerful fleet to carry your authority out into the stars.

Expand your galactic empire by colonising planets, forging tactical alliances or by taking on other players. Launch unprecedented expeditions of conquest, subjugating one galaxy after the other, until you finally become the most powerful ruler in the universe.
Compete in the battle for new worlds!

Mine metal, crystal and deuterium to develop your colony, or raid other players and plunder resources from their warehouses and the wreckage of their fleets.

But choose your fights carefully – taking on the wrong opponent can be a fatal mistake!

Found yourself victim to another emperor’s raids? Then forge bonds with your allies and form a united front to take on aggressive fleet commanders. Pool your resources and send your fleets into battle in concert in times of war!

Destroyers, Deathstars and other heavy combat ships form the backbone of your fleet. Annihilate your enemies in individual combat, or surprise attacking fleets with an impregnable defensive network.

OGame offers every emperor the ability to choose their own playing style. Choose to be a peaceful architect, a shrewd merchant, an innovative researcher, the defender of the weak or a bandit in the far reaches of space. A whole universe of possibilities lies open to you!